In this presentation, Dr Hepworth situates data visualization within the current global climate of political fracturing and growing mistrust in expert knowledge. As humanitarian and climate crises accelerate and are met with increasing polarization and a proliferation of misinformation, the need for reliable, trustworthy information grows. It introduces the Ethical Visualization Workflow as a means for information designers to contribute to combatting intolerance and mistrust in expert knowledge.

With cities increasingly being covered by „a new skin of data“ as Nigel Thrift (2014) calls it, urban space, human body and flows of data are already radically interwoven. At the Tagesspiegel Innovation Lab we believe that this new historical condition requires a new kind of journalism. And with more people living in cities every year, we think that this will necessarily be a „Urban Journalism“. This journalism uses data about the city and it’s citizens to visualize daily life just as well as social and technological structures like poverty, climate change, property ownership, cellphone coverage land use or the bias of infrastructure towards certain vehicles. Going further, we recently also started to put a lot of effort into not just analyzing and visualizing existing data, but also collecting new data on urban life through building our own technologies. A potential only starting to be recognized in the wider community of journalists and social scientists.

As scholars and curators turn to technological means for exploring the collections of libraries, archives, and museums, they increasingly turn to data visualization to express relations and facilitate search and discovery. At the same time, such institutions also offer ready typologies for encountering, interacting with, and discovering texts and objects. The gallery, the reading room, the performance space—to name just three—offer not only spaces, but a rich array of social forms and experiences. How can data visualization be brought into dialogue with the senses; with interaction, with civic engagement? Taking a series of recent projects as cases, we'll discuss how metaLAB explores data-driven creative works that are critical, multisensory, and grounded in dialogic encounter.

In recent times, cultural object collections often find themselves in a somewhat unexpected and unlucky position, where they descended from presentations in white cubes - as the modern standard spaces to exhibit art objects - into the black boxes of digital databases. While search-centric interfaces to such collections commonly allow experts to quickly access any selection, they also frequently keep the cultural riches hidden from casual visitors, due to their lack of knowledge what to look for. We outline the PolyCube framework as a recent attempt to develop a more generous interface, which supports the distant and close contemplation of object collections for expert and casual users alike. By the means of multiple linked space-time cubes it offers a combination of vistas into collections, while also mediating the use and understanding of different temporal data visualization methods. An outlook will be dedicated to the potential of such a versatile visualization framework to support and amplify numerous further macrocognitive reasoning operations with data of objects, actors and networks in digital humanities and social science realms.

13 June 2016
Dimensions of Visualization for the Humanities
Johanna Drucker, UCLA

As digital humanities projects engage with large scale data and analytic tools, they have become increasingly dependent on visualization tools to assist in making the queries and assessments of these approaches legible. Most of the graphical properties of these visualizations bear the imprint of the fields within which they were invented—social and natural sciences, administration, business, and other empirically-driven disciplines. Are these visualizations adequate for humanistic purposes? Or are the basic tenets of humanist epistemology, grounded in interpretative approaches and hermeneutic methods, at odds with those based on empiricism? If so, then what additional dimensions—literal and conceptual—might be added to the graphical expressions for a domain specific approach to visualization in and for the humanities?

The human attention span is a finite resource. A successful data visualisation communicates its message clearly and succinctly, but is also one that provokes the curiosity within the viewer, potentially driving them towards further enquiry. It’s a challenging balancing act for a designer - to maximise the accessibility of their design while providing enough material for the viewer to explore and interpret the data on their own. To achieve this, a designer can play around with the design language of their composition, but they can also exploit the form and the qualities of the medium it is presented on. In this talk we will discuss the various roles that data visualisation holds within our lab - a tool that increasingly is used to unveil insights, not just in a purely scientific context, but a social one too. It is a medium we use to communicate amongst ourselves, it can reveal the patterns and textures that both unites and distinguishes us from each other. As artificial intelligence and machine learning systems extend their reach and exert greater influence in our technological lives, we are exploring the opportunities that data visualisation affords to aid our comprehension of these complex systems - instead of the machine completely replacing us and our decision processes, a paradigm of collaborating with the algorithm can be supported through well-designed visualisations.

The past decade has seen a growing spatialisation of literary studies, closely connected with the development of new geographical technologies, such as GIS, and their application to the humanities. For example, Antiquity Á la Carte allows users to investigate the historical, cultural and geographical data produced by the Ancient World Mapping Center. Yet there is a problem with GIS applications, when applied to research into ancient geography. On the one hand, they present a pre-determined vision of the world, based on Cartesian principles and contemporary modes of thinking, into which users “plug in” data from antiquity. On the other, GIS, as a point-based geometrical package, is particularly poorly equipped to deal with the predominant primary source that preserve ancient conceptualisations of space—texts. In two presentations at Potsdam University of Applied Sciences, Elton will outline the ongoing efforts of two Digital Classics projects to use mapping visualisations as the means of interrogating and disrupting our understanding of ancient world space: the Hestia project, which investigates the ways in which geographic space is organised and represented in Herodotus’s Histories; and Pelagios, which uses and develops the principles of Linked Open Data to facilitate the construction of (potentially) bottomless maps.

Can citizen-driven, public data visualization become a tool to support social and civic purposes in public spaces? The ability to measure, monitor and track our everyday dealings has turned into true capital for an increasing number of urban stakeholders - from ‘smart-city-in-a-box’ corporate solutions to bottom-up structures and individuals that advocate engagement through DIY hacktivism. Yet, how citizen data, and the ubiquitous technologies able to acquire and display it in the urban sphere, can be of true value to its the ‘normal’ citizens, is still an underexplored question. In her research, Nina Valkanova argues that combining data visualization as means to represent citizen-driven data in attractive and insightful ways, with ubiquitous technologies for sensing, displaying and interacting, could potentially make us more informed and engaged citizens. In this talk she will show some of her research projects that explore how visualization interfaces, situated in public spaces can increase both personal reflection and social awareness and discourse; and can influence participation and a range of social interactions.

The introduction of data based tools and digital born data in several disciplines generated new branches - such as Digital Humanities or Computational Sociology - allowing the improvement of current methods of inquiry and - more interestingly - radically changing their epistemological boundaries. We’re in the middle of a genetic mutation that will likely result in a regeneration of the disciplinary species. The role of visualization as a scholarly tool is therefore renewed and amplified. The sciences have always relied upon processes of data acquisition, organization, and formalization based on visual languages. What’s amplifying and renewing the meaning and role of visualization tools today is a change in the state of scientific data, now digitized, and—even more important—the abundance of born-digital data, such as post-demographic data in sociology or linked data in the humanities, that are changing the nature of the inquiry process and also the relationships with the public(s).

Contextual ‘meta-data’ in applied linguistics and corpus linguistics, has been largely static, and sociolinguists often discuss the need to consider more carefully the extent to which text-external elements are invoked in our interpretation of language in use. Drawing on recent developments in corpus linguistics, this presentation takes a more delicate and fine-grained approach to the description of the relationship between language and context, through its representation in (meta)data. In her talk, Dawn Knight questions the status of the ‘meta’ in metadata and provides some reflections on capturing, classifying, representing, and querying corpora from omnidirectional perspectives using mobile technologies, biometric sensors, and visualization techniques.

Can multivariate data be compared across multiple dimensions of scale and geography? Sarah Goodwin presents a theoretical framework and prototype visualization designs for multivariate data comparison. Specializing in the analysis of spatial data and geovisualization, Sarah's research investigates the classification of variables for energy consumer profiling. In this talk she will show some of her work investigating geodemographics with energy consumption characteristics and prototype designs for smart home data analysis for energy companies.

Smooth animated transitions, where a graphic display changes continuously in time, are more appealing than still images, feel more realistic, and improve the aesthetics of interfaces. Beyond their compelling nature, animations are powerful tools that can aid better understand the time-varying behaviour of an interface by fluidly transitioning between visual states. We will discuss new uses and challenges in the design of animation for visualization.

Museums, galleries, libraries and archives around the world are rapidly digitising their collections, turning cultural heritage into mountains of data. To realise the value of this material we need new forms of representation, beyond the limits of the search box. This talk presents our experiments in “generous interfaces”: rich, navigable overviews and exploratory browsers for large cultural collections. 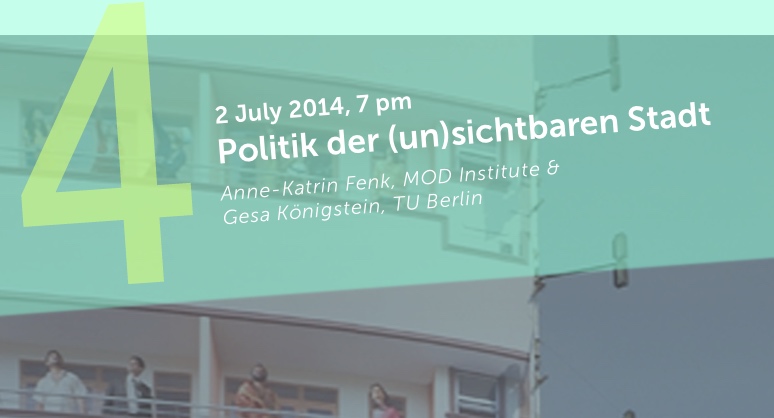 In a single lifetime humanity has grown into a phenomenal global force. A growing number of scientists say we have entered the Anthropocene - a new geological epoch dominated by humanity. But many of the processes and changes are invisible to us. Can data visualisation make the invisible visible? And can it help change world views. Owen Gaffney is a pioneer in visualising the Anthropocene. He will discuss how visualisation is one of the essential tools to help us make sense of the world we now inhabit.

Previous accounts have problematised archival interfaces for being too driven by paradigms of filtering and search, for being ungenerous with the content, or for implicitly embodying and indeed iteratively reifying particular kinds of knowledge. There is consequently an opportunity for archival interfaces which adopt rhetorical positions, are dialogical with users, embody critique, or use ambiguity as a tool with which to allow new kinds of engagement with archival items.